The life & adventures of
Matthew J Shelley - sort of.

“Don’t leave him alone in the lounge” shouted Grandma, “He’ll take the TV apart.” As a child, I had an unquenchable desire to know how things worked - and a reputation to match.

This curiosity drove me to question everything. The world was my petri dish, and I wanted to be a great scientist like Isaac Newton - or my dad. 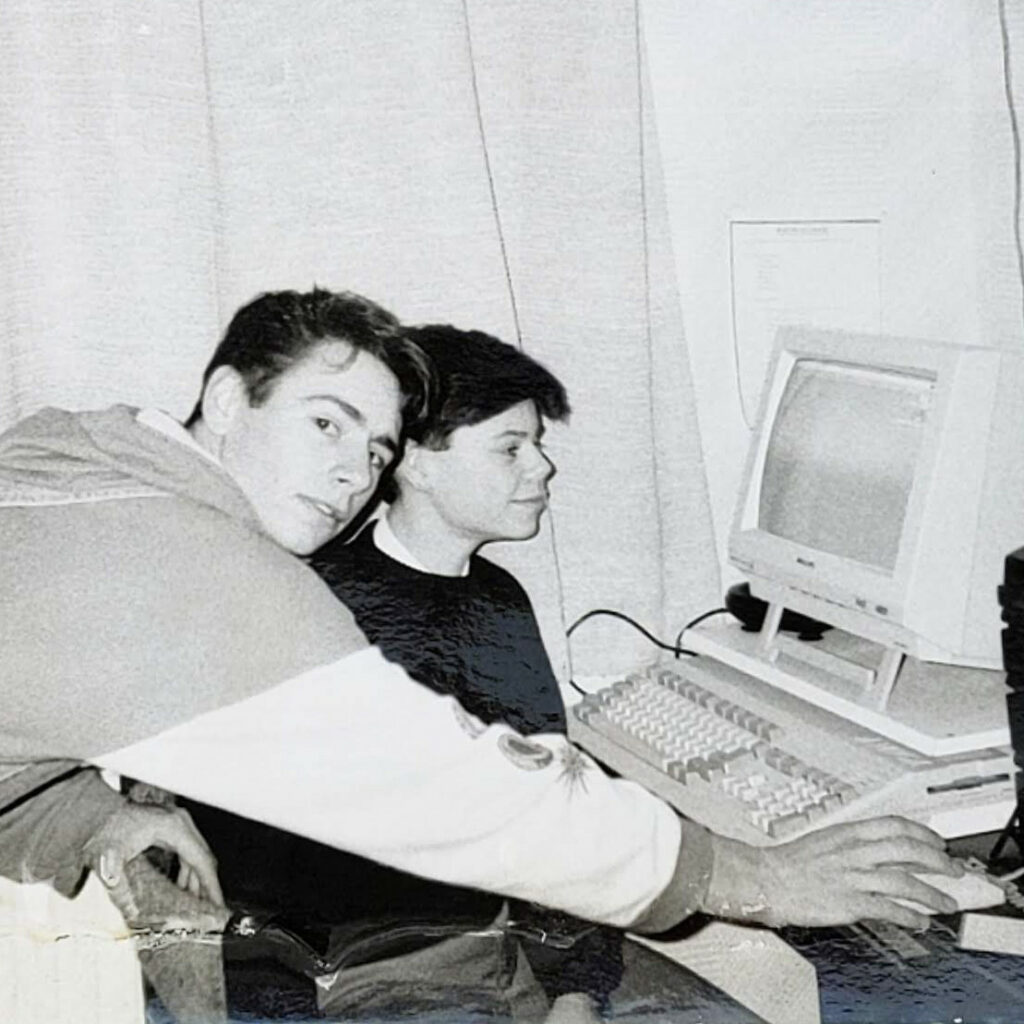 Hacking away at home in 1989 with my brother.

In 2002, after quitting my job at an investment bank in London, I had my first stab at becoming a dotcom millionaire. Two years into the project, we had burnt £42,000 on paid ads and still hadn’t nailed the fantasy formula needed to succeed.

My partners quit, leaving me to continue alone.

And then it happened - I opened my eyes and allowed curiosity and innovation to become my only focus.

After watching a dozen people scrolling through messages on a tube ride one morning, I started to notice patterns in people’s behaviour - And, a switch flipped on in my head.

The answer wasn’t to throw money at the problem blindly and see what sticks - it was to think, watch and understand the people around you.

Fast forward two years - and these insights had transformed my business into an eight-figure success story - now one of the largest loan websites in the UK, handling more than £6 Billion in credit.

Like the radio, I took apart as a child, scaring my grandmother - I had devoted my time to dissecting and decoding the underlying meaning of every online interaction.

Why do people do what they do? What motivated them, what dissuaded them, and what could you do to inspire a better outcome for your business.

“It’s spooky, but I like it”, said the broker, as he reviewed my latest behaviour based technology.

"Like a car salesman judging you as you enter the showroom -"

“It captures 26 invisible signals coming from the customer’s web browser - the way they type, spell or even the way they hold their phone,” I replied.

Like a car salesman judging you as you enter the showroom - I could prioritise or demote new enquiries based on not what they said, but how they behaved.

Before sales funnels were a thing - there were conversion optimisation specialists. And, before them - there was only darkness and flapping around with awkward splash screens and poorly placed submit buttons.

But with 250 new customers filling out the form every day on my site - I began spending time studying each session carefully.

The design improved over time, but when the conversion rate plateaued, I began to search for a deeper understanding of the thought processes behind each action.

And I found it.

Mixed in with cutting edge research, some of which I helped innovate - behavioural economics and online psychology helped unravel how numbers and words not only inspired customer actions but in some cases - downright influenced them.

It turns out that you can also use these techniques to understand and boost the performance of the people around you, or in my case - game the sales team into doubling your closes.

Behavioural economics can be used everywhere in your business.

Not just to Be More Devious, although it makes a great book title - but to make people feel happier and more content. To love what you do and how you do it.

How long did this all take? Over twenty years, not including my jobs in banking and with various digital agencies as a consultant or a coder.

I have launched over forty-seven different business ideas. Been a CTO for four different startups. Lived in eleven different countries spanning three continents.

And, I never back down from giving something new a go.

Innovate and be resilient - that's the secret.

Learn some of my secrets

Stay connected with me anytime by following me on social media.

Connect with me and the team on WhatsApp during business hours. 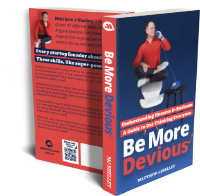 Receive a free copy of the book and learn more about psychology in business.